If you are planning to value your home or buy one, you may wonder if the walkout basement is part of the home’s total square footage. If this is a concern to you, then you are at the right place. We have consulted with experts to shed more light on this and provide you with the answers.

Continue reading for more insight on the details that qualify a walkout basement as part of a home’s overall square footage. We'll also discuss how to calculate it, and the value it adds to a home.

Some states allow the addition of a basement as an integral part of a home’s square footage, while others do not. Those that allow it, dictate that there should be an ingress or egress outlet.

For example, in the case of a fire, firemen can have the legal entry and exit of a home in a rescue mission to save lives and put out a fire.

The right to ingress or egress is applicable in habitable basements, for example, when used for sleeping, eating, cooking, office space, recreation, and as a home theater.

However, for an outdoor opening to qualify as an ingress or egress, it needs to open to the outside with ease without the use of keys or tools and has to comply with the code requirements that dictate its height and width.

Let us have a look at the basic code requirements of an egress window as per Section 310 of the International Residential Code (IRC):

When Can You Count Basement Square Footage?

The factors that determine this decision include:

Above Or Below Grade Basement

Above grade is that part of a home above the ground level embodied in the total square footage. For example, 2 bedrooms that are above grade, means they are not in the basement.

Below grade, on the other hand, is normally referred to as the basement, which is the section underneath the ground. This definition could also apply to a basement that is partly above ground and partly under the ground, subject to the state you live in. Even when it is one foot below the ground, it could still be considered as below grade.

It is therefore important to know what your state ascertains as below grade or above grade, especially when buying a home. That is the only way to know if it is included as part of the square footage of a home.

For example, a real estate listing may show that a home has 4 bedrooms, but in fact, you wouldn’t know if only 1, 2, or 3 of those bedrooms are in the basement.

A basement with the same finishing standards and quality as the rest of the house may be added to the total square footage. This is, however, only applicable when the difference is not easily noticeable.

Sometimes appraisers and house agents differ on this. For example, a house agent may decide that a basement with concrete walls is considered finished, while an appraiser's decision may differ.

If the basement is heated like the rest of the home, then it can be included as part of the square footage, however, it has to be habitable and meet the safety requirements.

A well-conditioned basement is one in which insulation has been installed properly to keep it warm during winter. It should also have a good HVAC system to cool your basement during summer and provide warmth during the cold season.

Also, an appraiser will determine if a conditioned basement can be counted as part of the total square footage.

What Qualifies As A Finished Square Footage?

As seen above, if a basement has the same grade of finishing as the rest of the home, then it is included as part of the square footage.

Therefore, all the levels above ground in a home with floors and ceilings, with well-trimmed wall coverings qualify as finished square footage. Likewise, a basement will qualify if it meets the same specifications.

How Do Builders Calculate Square Footage?

Measuring the square footage of a home may sound complicated, but home builders must do the calculations because it comes in handy when selling or buying a home.

If the property is a perfect rectangle, then the length and width are measured. For example, if a home is 70 feet by 50 feet, multiply these 2 figures to get 3,500 square feet. And if it is a two-story building, then you multiply 3,500 feet by 2, totaling 7,000 square feet.

Most properties, however, are not perfect rectangles and are calculated as follows:

How Much Value Does A Finished Walkout Basement Add?

A finished basement can add value to a home by 50% to 60% of the home, whereas a full basement normally receives the lowest grade. A garden-level basement that is partly underground and partly above ground will be graded slightly higher than the full basement.

A walkout- basement will add the highest value due to the ingress and egress that create enhanced living because it easily accesses the outdoors.

A walkout basement can be included in the square footage of the entire home if it has a legal ingress or egress, which must also adhere to the building code requirements of a state.

Also, a full or garden-level basement can either be added or omitted from the square footage, depending on it being conditioned, finished, or being above or below grade. Though disparities sometimes arise based on these factors, a home buyer needs to know the exact footage they will be purchasing.

Square footage is not difficult to calculate. It is done by taking the length and width of each room and adding them up to get the total sum. As a home buyer or seller, it may be necessary to learn how to do this to compare with the appraisers to solve any disparities found.

Check out our previous posts on how to add egress window to a basement and learn more about the different types of basements:

Can You Add Egress Window To Basement?

6 Types Of Basements You Should Know 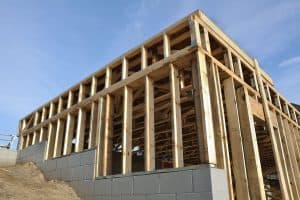 Can You Add A Walkout Basement? 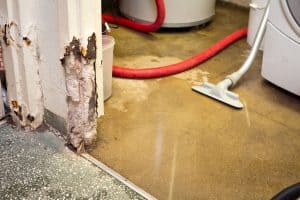 Do Walkout Basements Flood? [And Should You Add A Sump Pump]