A sump pump is a piece of equipment that can prevent damage to the basement by draining water away from it in case of flooding or water leakage. But how long will the watchdog battery last and what would you do if it failed? We have consulted with the experts to provide you with the answers.

A basement watchdog battery lasts from 2 hours to 3 days depending on the following factors:

Continue reading to gain in-depth insight on the durability of a backup sump pump battery. We'll also discuss the reasons to install one, how to troubleshoot, and how often you should replace it.

As you are plan to buy a backup battery for your sump pump, it’s important to know how long it will last, and the points to consider, which include:

A new battery will generally run continuously between 5 and 7 hours during a power outage, and around 1 to 3 days if it is not running continuously.

The more a pump runs, the less power the battery will produce. Its power continues to decline as the sump pit fills up with water until it finally gets submerged and stops working altogether.

It’s important to note that batteries have different power capacities or ampere-hours (Ah) ratings. For example, a 40 AH battery will pump uninterrupted for 4 hours, while a 120 AH battery will provide power for close to 11 hours.

It’s also crucial to understand the horsepower of a sump pump, which ranges between 1/3 to 1 horsepower. The more power a pump has the more gallons of water per hour (GPH) the pump will pump out.

In addition, the more powerful a battery is, the less run-time it has. A ¼ HP battery that is not very powerful will draw a much lower current than a battery that is ¼ HP. The latter will work very fast but will equally drain much quicker.

If you expect your basement to have a low collection of water during a downpour, a 1/3 HP pump is sufficient. However, if your basement is susceptible to flooding, your best option is a powerful pump of 1 HP.

Lifespan Of The Backup Battery

A backup sump pump battery begins to lose its capacity to work for long hours as it ages. If your battery used to run for 7 hours after a power outage, then after some years it is likely to run for only 2 or 3 hours.

This usually comes as a shock to homeowners when after their backup battery sump pump has served them well for a long time until one day it refuses to work longer than the expected number of hours.

Sometimes, they discover when it is too late after their basement has flooded because the battery had started dwindling a while back.

It’s therefore imperative that you constantly check the voltage of your battery. If it is less than 12.1 volts, it is a sign that it is aging, and might fail to work during a heavy downpour.

Is A Basement Watchdog Battery Worth It?

There are several benefits of having a watchdog battery in your basement. They are as follows:

Power Available During A Power Outage

In such a scenario, water will begin to fill the basement and could cause irreparable damage. The solution is to install a battery-powered backup sump pump that will quickly start working when the primary sump pump has malfunctioned.

Check out this basement watchdog on Amazon.

Even though your sump pump is working at par, too much water entering your basement can submerge it making it stop working.

Electrical sump pumps have high capacities to pump out thousands of gallons of water per hour, but can be overwhelmed when there are high volumes of water.

This is where a backup battery sump pump comes in. It supplements the power of a primary sump pump when it is working below optimal levels or the power is replaced if it has failed to function completely.

However, for the backup sump pump to work efficiently, have a separate discharge pipe that is not connected to your primary sump pump that is powered by electricity.

Have a look at this sump pump discharge pipe on Amazon.

Rescue The Sump Pump When It Fails Suddenly

Just like any other piece of equipment, it can fail suddenly at any time. Other than a power outage or a sump pump being overwhelmed by too much water, it can stop working due to the following reasons:

Whereas you can fix the above issues, you risk flooding your basement if you do not have a backup sump pump.

How To Trouble Shoot A Basement Watchdog Battery

Sometimes a battery-powered backup sump pump can fail to function as it should. If what you have banked on fails, then disaster is waiting to happen.

The following are the reasons your backup pump may have stopped working and how to solve the problem:

The Pump Switch Is Stuck

If the switch to your pump is stuck, the installation has been done poorly. Its correct position is immediately above the primary sump pump. It should turn on only when the primary sump pump has failed or when there is too much water, making it not function at its peak.

It also needs to be attached properly to the terminal of the backup sump pump.

Despite the switch working, it could malfunction if the pump strainer is clogged up with debris. To clean it, remove the backup sump pump out of the pit. To prevent this from happening, have it checked several times in a year.

Backup sump pump batteries fail with time. As seen above, they begin to fail as they age. Whereas it is imperative to maintain them well, their power depletes with time.

However, if the battery is still new and is not working, check the following:

If you have checked and solved all the problems above, your pump could simply have failed to function.
It could be due to the motor burning out or a mechanical failure that needs to be checked by a professional who can correctly diagnose the problem.

When Should You Replace The Backup?

A backup sump pump battery that is well-maintained should last between 4 and 5 years. Checking your pump often can prevent malfunction surprises that require urgent replacement. So, how can you tell when it needs to be replaced? Try doing any of these steps:

If your battery has lasted the maximum number of years, then it has aged and needs to be replaced. Not using your battery can cause it not to work. If you haven't used your pump for close to a year because there has been power throughout, then it may not work when there is a power outage.

Sump pump batteries are available with different horsepower, and thus before you purchase one find out how long it will last.

As always, any piece of equipment can fail, including the backup and, hence, it is crucial to learn how to troubleshoot and solve any problems it may present.

Have a look at our previous posts and learn what to do when water leaks into your basement after a heavy downpour, and find out if a dehumidifier can drain into a sump pump: 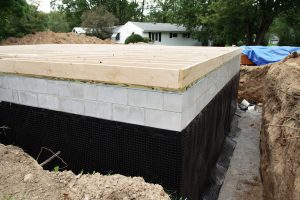 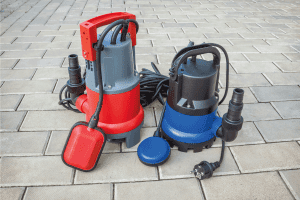 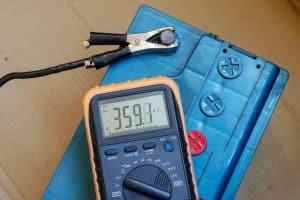